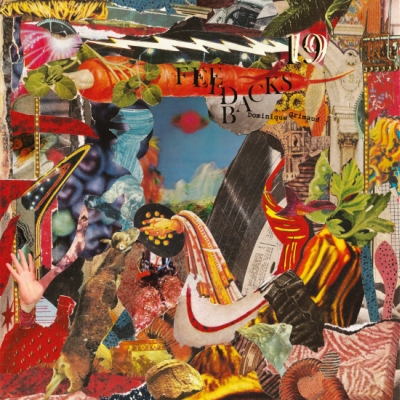 19 Feedbacks is a tribute to the music of my adolescence, approached from an experimental point of view.
The starting point was the very first feedback published on record in 1964 (the introduction of Beatles’s « I Feel Fine »). Then, the spectrum has been extended to other bands, which until 1969, in Great Britain and the United States, in a context of popular music (at least with the younger generation) were hungry for sound experimentation and innovation. It is interesting to note that in the following decade, in these two countries, the taste for experimentation disappeared among the most prominent musicians. It remained much more present among less famous bands and extended its geographic territory to Continental Europe. Particularly towards German rock, French libertarians and unclassifiable acts and more broadly « rock in opposition ».

… Each swatch is derived from a source that would be familiar, if named, but is unrecogniseable as heard (The Beatles, The Rolling Stones, The Who, The Yardbirds, Captain Beefheart, etc.).
Each swatch is very different from its companions, but all offer a layered and variegated monochrome moment – not unlike reflected light on agitated water… ” Chris Cutler ReR MEGACORP.

 The record radiates with granular warmth and tube amp purr, layered in such a way that reveals a different part of itself each time. Grimaud’s world is compelling a highly stimulating sonic environment.” Spenser Tomson THE WIRE

 Dominique feels and knows what he's talking about. He lived those years. He knows the energy and the momentum and the historical breakthroughs that were made every time a rock band pushed the boundaries of commercial approval. He uses samples of feedbacks from that era and builds beautifully enigmatic sound-pieces around them. It's a brave new world of sound escapades and sonic ventures.” DISCREPANT RECORDS