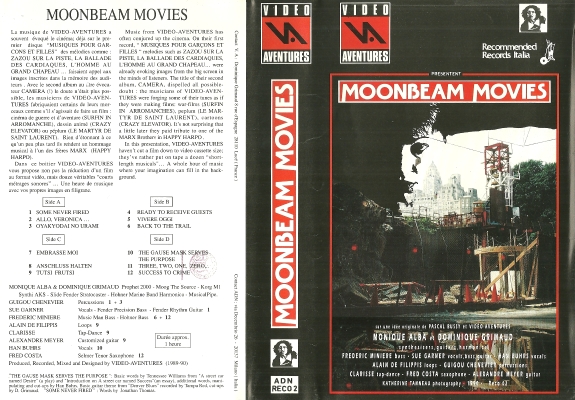 Homage to the seventh art in the form of twelve sound short films. The idea was to push to the extreme the cinematic atmosphere already present on certain songs from the Camera album (in focus / Camera (al riparo). For each sequence, the dialogs and sound effects were first edited according to a scenario, just like a film or a short film. Then, the music was composed on these montages by visualizing with the ears each sequence. The spotlight is given to sampling, a new technology at the time, which sometimes aroused distrust and hostility.